How can a criminal conviction exclude you from insurance coverage?

Although misdemeanors are considered lesser crimes by most states and are usually punishable  by a relatively short stint in jail (rather than prison) and terms of probation, felony convictions are much more serious and can carry with them some hefty penalties and unforeseen consequences.

One of these unforeseen consequences (for those who don't already have a term or whole life insurance policy) is the "high risk" insurance categorization. Like those with chronic medical conditions or who work in dangerous industries, having a felony conviction on your record will render you a higher risk than someone of your same height, build, and health history without a conviction. Because those who have a lengthy felony rap sheet are, statistically, more likely to suffer an untimely end than those without, you'll be assessed higher costs for an insurance policy to compensate the insurer for its increased risk. Some insurers will refuse to sell to ex-felons entirely.

Your ability to get insurance after a felony conviction can depend on a few factors, including the available policies of the company, the type and severity of the crime (with violent or serious crimes being the most likely to exempt you from coverage), and the length of time it's been since you were charged or convicted. Crimes involving substance abuse, like drug trafficking or DUI, may also be considered especially serious in the life insurance context, as these crimes can indicate an underlying substance abuse issue that could pose health risks.

However, just because you're denied for insurance by one company doesn't mean you're completely shut out. While it's common for many insurers to refuse to insure someone with a felony conviction for the first year or two after probation has ended, there are some insurance companies that specialize in high-risk customers, and you may be able to take out a short-term policy with one of these insurers and then transition to a lower cost policy once the felony conviction is several years behind you.

What can you do to financially protect your family in the event of your untimely death?

Your first step in procuring life insurance after a felony conviction should be to talk to an insurance broker. Rather than forcing you to go through the application (and rejection) process over and over on your own, having a broker can allow you to shop around for policies that are likely to accept you (while requiring much less leg work on your own part).

You may also want to shop for an accidental death and dismemberment (AD&D) policy to tide you over until you qualify for life insurance. This policy serves as a catastrophic policy that will still pay out upon your death, albeit at a lower rate. 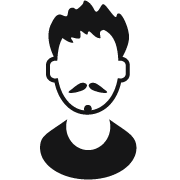